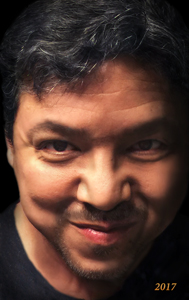 Now working with a partner to create an indie film based on the short story Eleven-Eleven, from the 11:11 Phenomena novella.

Employed as a certified nurse assistant, physical rehab aide and occupational aide for more than 15 years, Mr. Pagan also sketched family portraits to supplement his income while also writing 11 short stories. He was inducted into the Phi Theta Kappa Honor Society (Alpha Iota Phi Chapter) in 1994, and enlisted into the U.S. Army  in 1985.