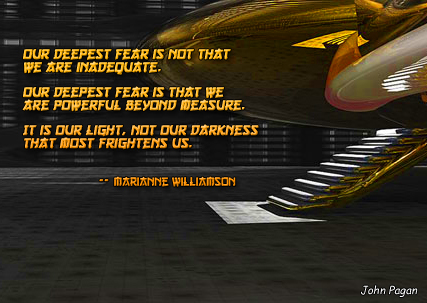 Some connection issues, but still a pleasant interview. (Allow time for loading.)

My Radio Interview With Bill Hartley 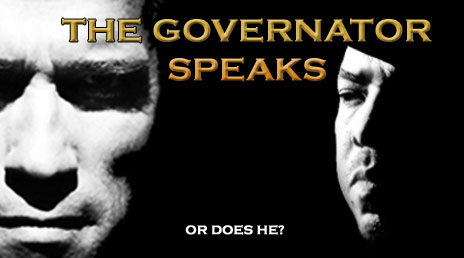 Arnold Swarzenegger Does Not Actually Endorse My Books. Yet.

The Fury in the Garden logo on a Ferrari Formula 1 Race Car at the Grand Prix! :) 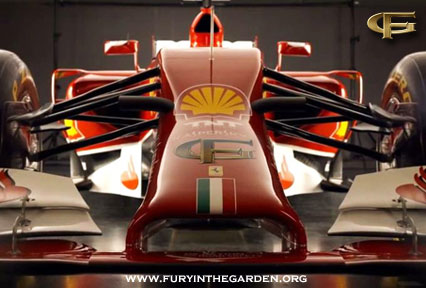 Wiseguy Has a Few Words About John Pagan's 11:11 Phenomena 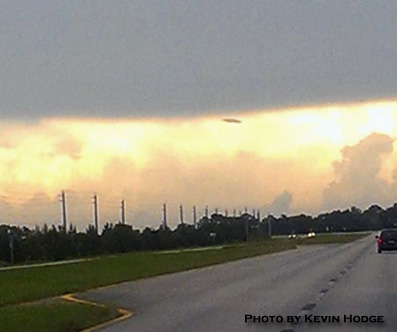 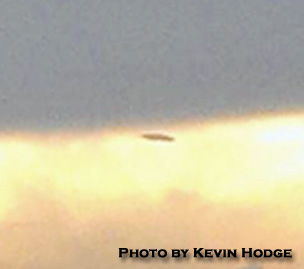 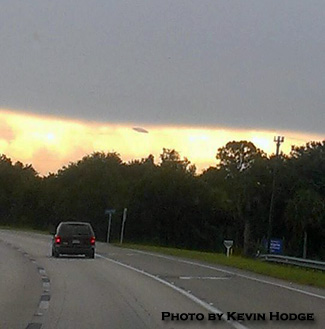 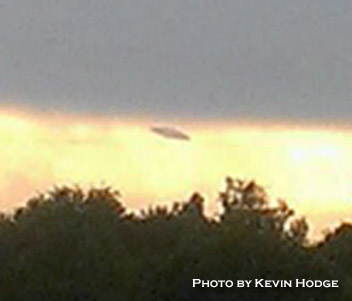 Finally! I've been waiting for a decent UFO pic and here are two photos by Kevin Hodge enhanced and enlarged for better viewing.

"Driving south down S.R. 80 in Labelle, Florida...a strange object came out of the large storm cloud and hovered for about 2 minutes and I was able to snap a couple of pics. Just as I readied to take another, the object went back up behind the storm cloud at an incredible speed!" -- Kevin Hodge

He also passed the written part of the driving test. 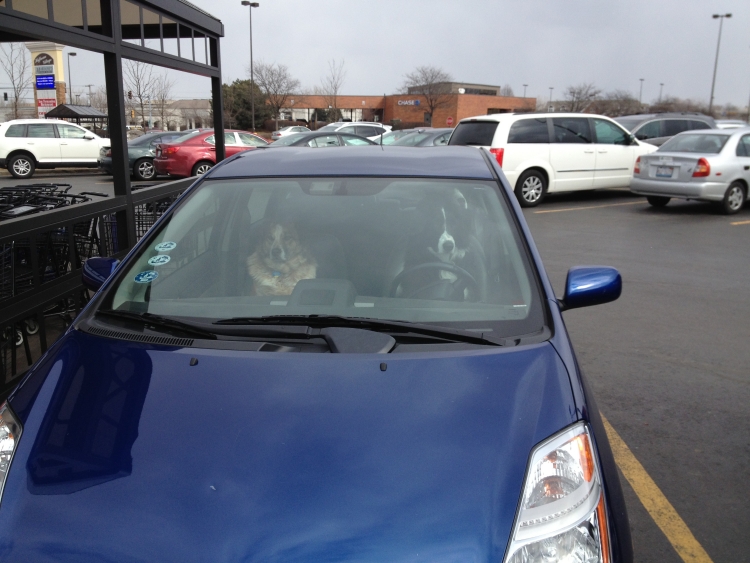 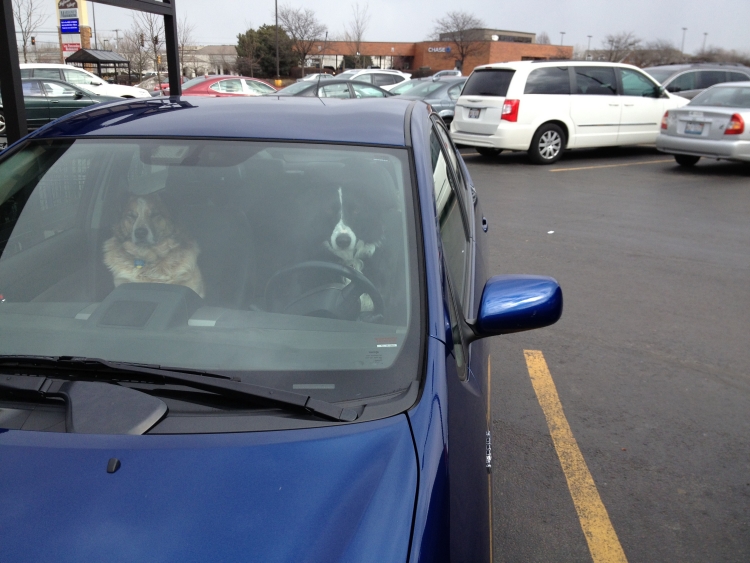 Hope You Had a Safer Halloween  : ) 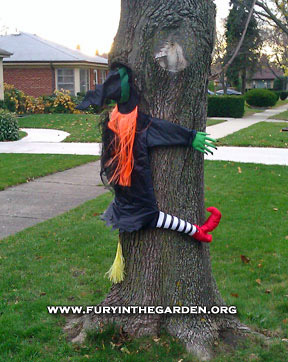 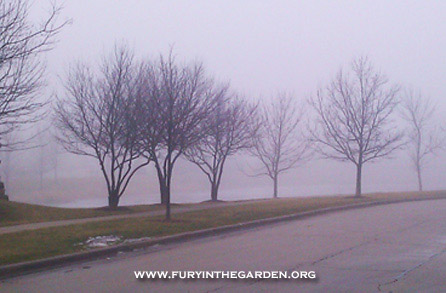 No Pot of Gold Found. 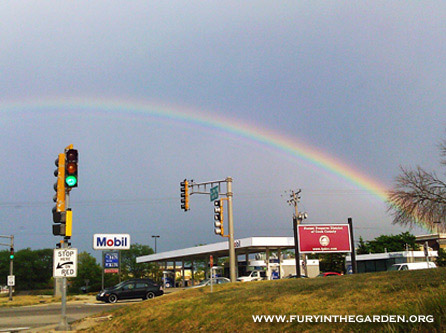 I suddenly crave a bowl of Lucky Charms.

Not really, this is your Trick for Halloween.

Have a  fun but Safe one! 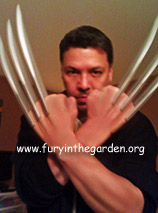 Some people take their diets a little too seriously. And this was parked in front of a Home Run Inn Pizza too. 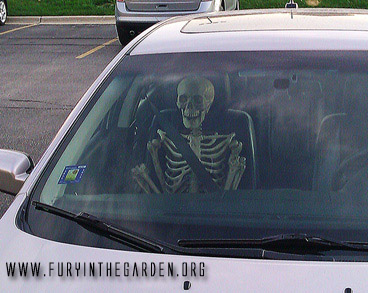 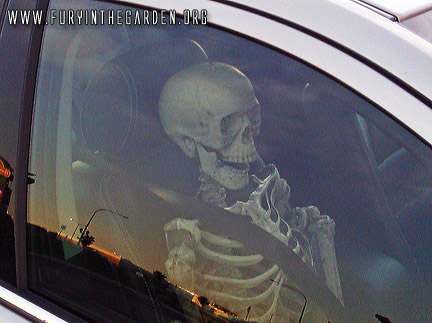 About a year ago, I drove my wife to work late. I had not eaten for most of the day and decided to eat the sandwich I bought just prior to arriving at her workplace. It was about 11:00 pm when I noticed what appeared to be two bright red lights from an otherwise darkened window. It was the top floor window of a two-floor senior resident's housing unit in Glenbrook Illinois. To this day, I still do not know if the unit is occupied.

I kept staring at the strange lights mainly because it had the most unmistakable shape of two large red glowing eyes. It was as if a gigantic cat was intently staring at me through the window. They were oval shaped, slanted slightly inward to each other and both had the single slit in the center, exactly like a cat's eye. I kept watching to see if the "eyes" would blink at all, but they never did. It was just this ominous intense staring. Curiosity got the better of me, I had to know what it was. Was it a prank, was it the elderly resident of the unit trying to frighten me away, perhaps thinking I had negative intentions for remaining in the parking lot? I wanted to know what it was.

I had my phone next to me, so I attempted to take a picture of it from the car. However, even after zooming in, it was still not clear enough. Also, one of the nearby lamps of the parking lot ruined the pic as well with it's bright light. I found it strange that when I looked at it, it was plainly clear to see, the red eye shapes were very easily distinguishable. But when I looked through the camera to take a photo, it was not as clear at all. I assumed it had to do with the distance, so I got out of the car for a closer shot. 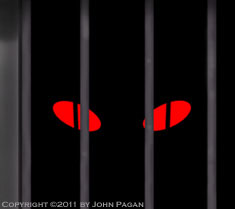 I stood about 30 feet away and tried another shot. Now the flash of the camera was too intense as it reflected off the walls and other lights connected to the walls, resulting in an almost whited out image. I quickly fumbled with the phone to turn the flash off and walked about 12 feet closer to the red eyes in the dark window above. The pic was still unclear, some of the property lights were still distorting the photo. As I stepped closer, I was concerned I might spook somebody  living there and they might call the cops, so I decided to take just one more photo and get off the property.

This illustration to the right here is how it actually appeared in the window.

Below is the original (enhanced for clarity) photo and an enlarged version of the same photo. 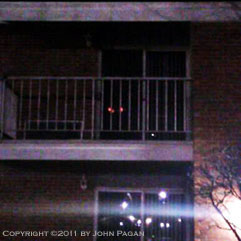 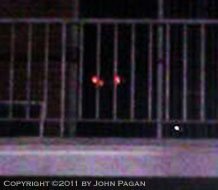 Mothman sighting? Giant cat? A cardboard cut out with a red light behind it? Some say the silhouette of a bald man can be seen in the window below it. What do YOU think this could have been?

Well, it seems the answer to the aforementioned questions is: None of the Above. During a recent visit to the sighting area, I found what appears to be the actual source of the mysterious red "eyes" and it's a ceiling lamp. The pictures below appear to put an end to the mystery. 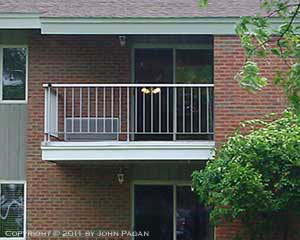 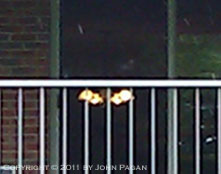 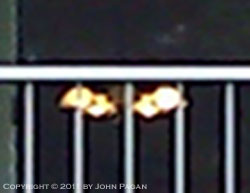 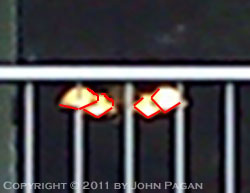 Most elderly people have difficulty seeing in the dark. It seems strange the owner of this housing unit would have a "red" setting for this ceiling lamp as it may not be bright enough during dark evenings, but it could simply be this owner has excellent eye sight and simply likes the color red.

While taking random photos (breaking in the phone camera) I immediately noticed something. It only took a second to notice a strange artifact in the photo. It appeared to be a transparent 'something' moving across the living room. Is it an orb? A ghost? A smudge across the lens? Or maybe a fly crossing in front of the camera just as the camera flashed? If it's a fly, why does it appear transparent? Perhaps a digital anomaly? There has not been any other strange activity in the home worth mentioning. And while I did not see a fly in the house at first, one did appear in the lower washer and dryer area. 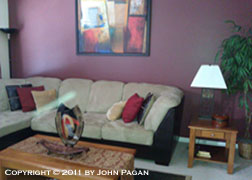 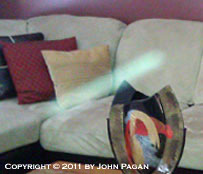